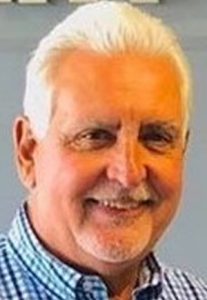 Jay entered the weighing and measurement industry in 1973 as a Test Technician for BLH Electronics which he claims was the most fun of all. He then became a Supervisor of Calibration and Test of load cells for HBM. In 1988 Jay was # 3 employee under mentor Harry Lockery for what became Flintec and during this time did a stint as Manager of Operations for in Sri Lanka. In 1999 Jay ventured into the sales arena as an OEM Sales Manager for HBM. By 2006 Vishay Transducers brought Jay on leading to Sr. Sales Manager of the Americas. Jay then joined Coti Global Sensors for 1yr before landing at his current position as VP of Sales and Business Development at Transcell Technology. Jay has an Associate’s degree electronic engineering, along with an array of credited educational awards. Jay was President of NISA 2009-2010. He is a past board member of the SMA and has current memberships with NCWM and ISWM. Jay lives just outside the Boston area with his wife Denise and their son Matt and enjoys golf, motorcycles and Cape Cod summers with family and friends.