The following illustrations, text and photos is an example of the Technical Papers presented at the NISA Spring and Fall Technical Conferences.
(click an image to enlarge)

The system utilized at this location consists of three 14 foot x 60 foot, 300,000 lb capacity electronic scales. The system will not operate with a damaged load cell and will identify the failed component. One of the three scales is designated as a gross scale, one as a tare scale, and the third can function as a gross or tare scale. The significant difference between a tare scale and a gross scale is the presence of a ticket printer on the tare scale. When switched to manual operation, any scale can be used in either mode.

Two different methods are used to track sources. The first and most secure is the use of Amtech radio frequency transponder tags located on each truck coupled with a monitor located at the loading site. These monitors are connected to the scale system computer by modem and communicate the departure of each loaded truck. The system then tracks that load from its departure to the time that the empty truck weighs out. There is no way for the driver to change the source of the load once it passes a remote reader. Three remote AEI Readers are currently used for monitoring the mines feeding the plant.

The second method is the use of cards encoded with a bar code to identify a particular seam and source. The truck must still be equipped with a transponder tag to identify the truck to the scale system. These cards are used at locations with multiple seams or multiple locations.

Transponders are also used to maintain security at the truck entrance to the property. The gate system is operated by the scale computer tied to a programmable logic controller. The gates will open only for an authorized truck. Amtech readers are also located at each of the truck dumps which are monitored by the computer. The driver and system operator are notified by a message terminal if the truck is dumping at an incorrect location. If the error is not corrected, a message is printed on the truck ticket receipt and to the alarm printer.

One of the most important features of this system has been the ability to operate without a full time scale operator. There are long periods of time when the scale system runs completely unattended. This feature reduces the operating costs by $100,000 a year. The system has the potential to process in excess of 800 loads per day.

Most of the problems can be attributed to truck drivers failure to follow instructions. These errors are usually one of the following: 1) Using the wrong bar card. 2) Taking too long to insert a bar card. 3) Pulling on a scale before it is ready to weigh another truck.

The automated scale system has been in operation for two and one half years, weighed over 250,00 trucks and has met all expectations. The system has incorporated a sufficient number of duplicate functions that, even with a breakdown of several key components, the coal flow has never been delayed more than a couple of hours. Considering our seven day per week operation, this is an outstanding achievement. 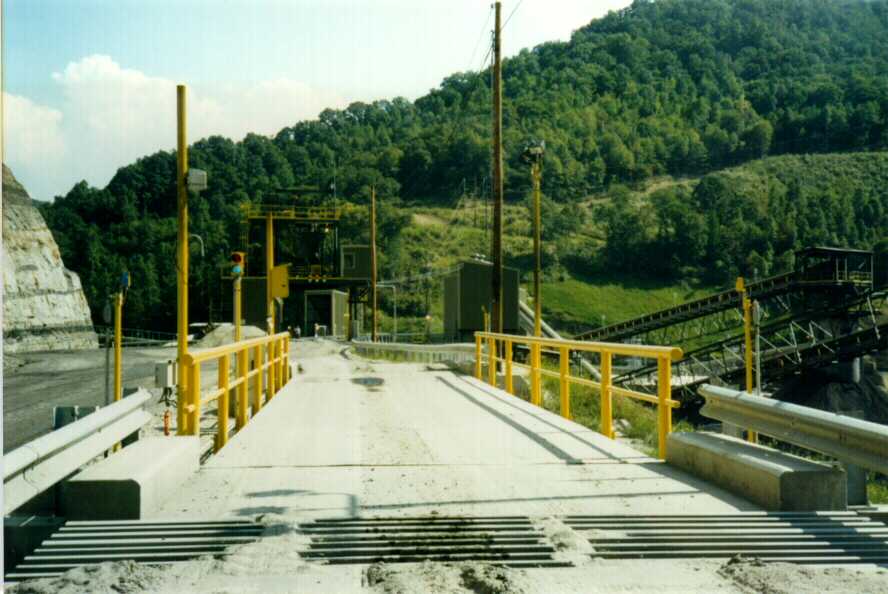 Cattle crossings were constructed on the scale approaches to minimize the amount of mud tracked onto the scale. During the winter appreciable mud still builds under the scale platform and regular washings are required to keep the load cells clean. 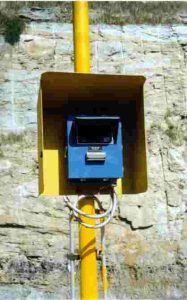 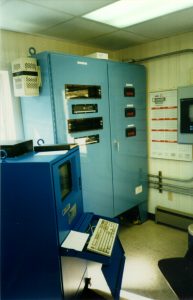